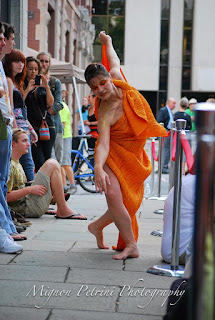 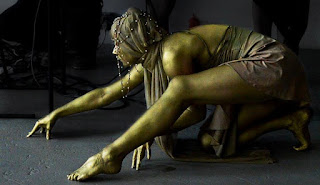 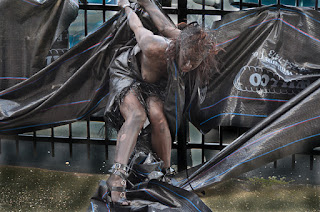 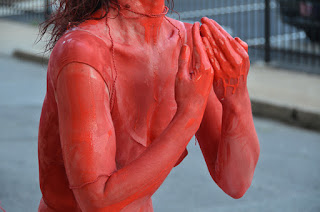 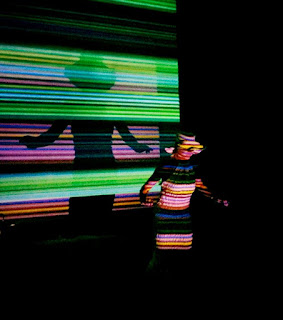 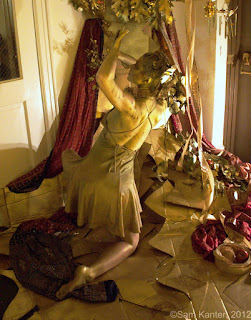 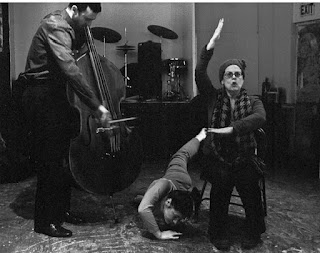 Much of this past year has been spent re-visiting the experience of everyday life and work in New York City.
Since establishing Cilla Vee Life Arts there between 2002 – 2007, I have returned regularly to the city to work and remain connected.  About eight months of the past year have been spent in NY and it has been good to deepen that connection again and take in the current scene ….. including my excellent timing in being there for Hurricane Sandy!

Before beginning my latest Cilla Vee report, I want to spend a moment in recognition of those still displaced and in a state of upheaval due to the storm.
For some, nothing is “back to normal” yet – far from it, in fact.
I was very fortunate to be in Bay Ridge - a relatively unaffected area – whereas, for some it was a totally life-altering event.

I’d like to share with you a brief summary of the past year’s activities and then to highlight some of the organizations and individuals I’ve been associated with who are creating things of on-going significance in their artistic fields and deserve a mention …. So keep scrolling down …..

Saturday 9th
“Blind Dates - Seasonal Saturday Sanctuary Salon Series”
Mark Lamb Dance
The evening will consist of a series of “blind dates” in which one dancer and one musician will be chosen on the spot to improvise a duet when their names are picked from a hat.
Metro Baptist, Hell’s Kitchen NY
http://www.marklambdance.org/salons/blind-dates-february-9th-2013/

Julie Becton Gillum / Legacy Butoh / The Asheville Butoh Festival
http://www.ashevillebutoh.com/
http://livewireasheville.com/profiles/legacy-butoh.php
Although the Asheville Butoh Festival is in it’s eighth year, for much longer than that there has been a steadily growing Butoh scene in Asheville NC – due to Legacy Butoh director Julie Becton Gillum.
The former baton twirler, tap dancer, modern dance choreographer fell in love with the raw emotional commitment of Butoh dance in 1998 and never looked back.
Most of her intensive study has been with Mexican Butoh master Diego Pinon – plus three months in Japan funded by a North Carolina state grant award.
She has been a pioneer of this art form in the Western North Carolina region and the resulting work presented at the festival is a testament to the integrity of her instruction.
For the festival this year, I assembled a group of wonderful sound artists to create a sound installation performance entitled FLUX. This was inspired by the essence of Butoh movement & the Japanese concept of MA. It was presented as an environment for the audience to visit during intermission.

Lee Ann Brown & Tony Torn / The Geraldine Page Salon / French Broad Institute
http://presenceonfilm.org/
http://frenchbroadinstitute.wordpress.com/about/
Poet Lee Ann Brown and husband, Actor and film-maker Tony Torn live a double life! Based in NYC in a Chelsea brownstone that houses the Geraldine Page Salon (to continue the work of Tony’s parents, Geraldine Page and Rip Torn, in fostering the growth of emerging actors and film-makers)  - they also own the FBI.
The French Broad Institute, named after the river running through its location – the little town of Marshall NC, is a lovely old church building. It is currently occupied by Good Stuff – Marshall’s groovy deli, bar, venue, store, hangout spot.
Whenever they are down South, Lee Ann and Tony will host a variety of happenings – including the “Marshall Auricular Hour” – they always provide a good time of poetry, music, dance, film and whatever goodies they can come up with.
Since meeting Lee Ann at a Black Mountain College conference about five years ago, we have collaborated in NY, NC and remotely from the UK.
I find a spontaneous and effortless connection to her poetry from which movement very naturally flows.

Mark Lamb Dance
http://www.marklambdance.org/
A long loooong time dear friend and colleague – Mark Granville Lamb – who I share a history with stretching back to Outdoor Drama on the Cherokee Indian Reservation, to founding Circle Modern Dance in Knoxville TN circa 1990.
Mark arrived in New York City about a year or two after I had moved there in the early/mid 2000s. He brought his queer Southern charm with him and has been charming the pants off New Yorkers ever since!
His regular Salon Series at Metro Baptist church in the “Hell’s kitchen” area of Mid-town Manhattan has become quite a hit with audiences and critics alike.
He has built a core group of dancers and musical collaborators who improvise movement, music and text – weaving a spontaneous web of story-telling.. not to mention the hors d'oeuvres, the wine … the cheese straws!
This past year I had the pleasure of participating in two Salons. For the Autumn, I created a Golden Goddess of Autumn installation in the entrance area of the church.
And at the Winter Salon I had a “Blind Date” with fabulous vocalist Maryanne de Prophetis.

Jeannine Alfieri / The Fountainhead Gallery / Collective Energy (Bronx)
http://www.jeaninealfieri.com/enter/jeaninealfieri.html
http://bronxartguide.com/event/collective-energy/2012-11-01
The South Bronx was my first New York home  - and I was immediately welcomed and embraced by the vibrant grass-roots arts scene springing up there ten years ago. The Bronx Council on the Arts is a very practical support system for a strong community spirit with a high caliber of work.
Over time, there have been various individuals who’ve stepped in to create and produce an environment in which artists –from Bronx and beyond – can present their work. A couple of years ago, Jeanine Alfieri came to the Bronx and didn’t hesitate to take on this role herself.
Recently, she has been curating group shows under the title of Collective Energy (Bronx).
I was very honored to be recognized as part of this group and to be invited to create a piece for their show at Cephas Center for the Arts. The piece “The Shrine of the Golden Goddess” was an inter-active installation in which I performed live for the opening reception and then continued as a video during the run of the exhibit.

Last year CVLA established the Mountain To Sky Artist Exchange program – to foster interaction between New York and Asheville based artists.
In March 2012, NYC Audio/Visual artist David Linton worked with four Asheville sound artists on the multi-media movement installation KOLORZ at The Artery – hosted by the Asheville Area Arts Council.
And this year in February, David invited one of those artists – Chandra Shukla - to New York for two events. One was a performance of Chandra’s own work in which David collaborated with him under Chandra’s project “Xambuca” – performed at The Bowery Electric http://www.theboweryelectric.com/. The other was to play Sitar in David’s Bicameral Sound & Projection System “60 HZ Raga” at the opening for ESP TV’s residency at The Museum of Arts and Design http://www.esptvnyc.com/MAD-RESIDENCY.

Next month CVLA will be taking the sound installation performance FLUX to the New Dischord Festival of Intermedia in Chattanooga TN.
The festival runs Thursday June 6th – Sunday June 9th and is produced by composer Tim Hincks. There are many performances in several venues – FLUX will be closing the festival Sunday evening at The Folk School of Chattanooga. http://timhinck.wix.com/newdischord2013

$1.00 FUNDRAISER 2013
This year’s One Dollar Fundraiser is much belated … however it will still continue and run through the month of JUNE.
This year, funds will go towards the Summer-long project of up-dating all CVLA documentation from the past few years. Video footage, images, articles, links and project descriptions of pieces and events will be gathered, edited and configured into a presentable on-line presence. (Wish me luck!)

Please don’t hesitate to respond to this newsletter with your comments and ideas – I would love to hear from you!

Wishing all the very best,

Posted by cillavee at 5:56 PM No comments: 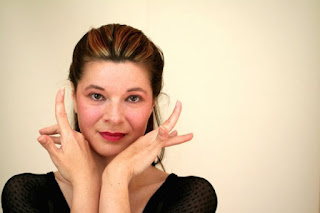 Time for the annual $1.00 fundraiser again!
This year, it will be running throughout the month of JUNE.

Every year, Cilla Vee Life Arts makes a request that you send just one dollar bill to:

If you generously decide to give more than $5.00, or if donating NON-USA currency, please use PAY-PAL – just click on the Pay-Pal button on the Homepage of the CVLA website: www.cillavee.com.

The One Dollar Fundraiser 2012 went towards establishing the “Mountain To Sky Artist Exchange” – to foster connections between NYC and Asheville NC based artists. (Please see this report in the accompanying CVLA newsletter)

THIS YEAR – the One Dollar Fundraiser 2013 will finance our Summer up-dating project. Funds will go towards the Summer-long project of up-dating all CVLA documentation from the past few years. Video footage, images, articles, files, links and project descriptions of pieces and events will be gathered, edited and configured into a presentable on-line presence.

Thank you so very much for your continuing support.
Sincerely and faithfully,